Posted by Adrian in Jazz, Music 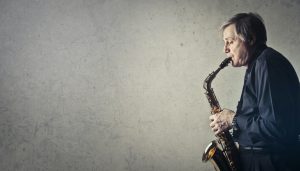 Artists in Jazz You Should Check Out

The best advice I can give someone just getting into jazz is to start with the masters.
It all goes back to Louis Armstrong. His recordings with the Hot Five and the Hot Seven in Chicago in the 1920s are widely regarded as jazz canon landmarks.In 1944, he had a number one hit with What a Wonderful World, but those who are just getting into jazz have a lot of music to discover.
Beyond Louis, other greats of the era’s jazz scene included Ella Fitzgerald, Billie Holiday, and Duke Ellington. A good way to get a sense of jazz music and what you like or don’t like is to narrow your education down by decade and artist, even though there are hundreds, if not thousands, of recordings to listen to. Jazz cit of an acquired taste. At first listen, the music may sound incomprehensible due to its emphasis on extended solos played over intricate rhythms. Many people who aren’t familiar with or interested in music dismiss jazz as elitist or irrelevant. Nonetheless, with some brief introduction and time spent listening, it can become one of the listener’s favorite musical forms.

So if you’ve ever been curious about jazz music but have been put off by its complexity andan be a daunting musical style for listeners who aren’t familiar with the rhythms.
Jazz has been around for quite some time, and with that comes the perception that it’s a b long history, don’t let that stop you.

The Evolution of Jazz in Brief

Jazz, with its vivid imagination and innovative spirit, has had a profound impact on virtually every musical subgenre in the last century.
to trace its roots back to 1917, when the Original Dixieland Jazz Band made their first recordings in North America. The music evolved as a result of the mixing of various cultures that African slaves brought to the continent. Although New Orleans was where jazz first flourished, both Chicago and New York City became important hubs in its subsequent development.
Swing bands (like Count Basie’s) and experimental bebop brought jazz in a new direction, with musicians like Charlie Park and Miles Davis exploring new harmonic territory and departing from jazz’s traditional themes.